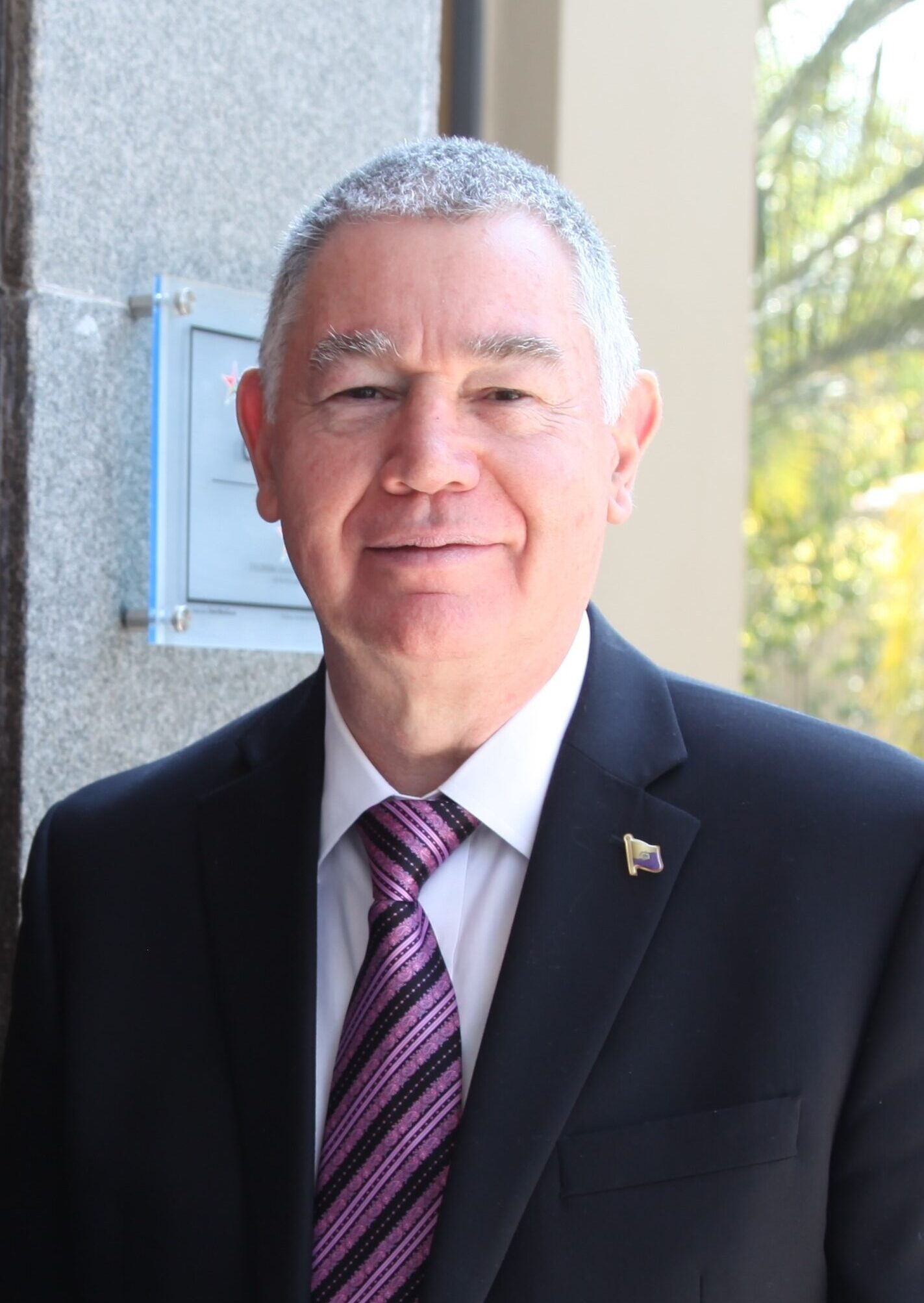 The Reigning Monarch, H.S.H. Immanuel Sovereign Prince, personally, oversees the activity of one of the most important executive Crown Council Ministries, The Ministry of Foreign Affairs and International Relations: Exterior, which is singularly (and collectively supported by the Secretary of State and other Ministries) charged and responsible to formulate, implement and present the Sovereign Prince’s social, political, economic, cultural, humanitarian and scientific foreign policy objectives to all Sovereign and Independent United Nations Member State Countries, their representative Heads of State, State Secretaries, Ministers of Foreign Affairs, and United Nations Ambassadors: Permanent Missions. 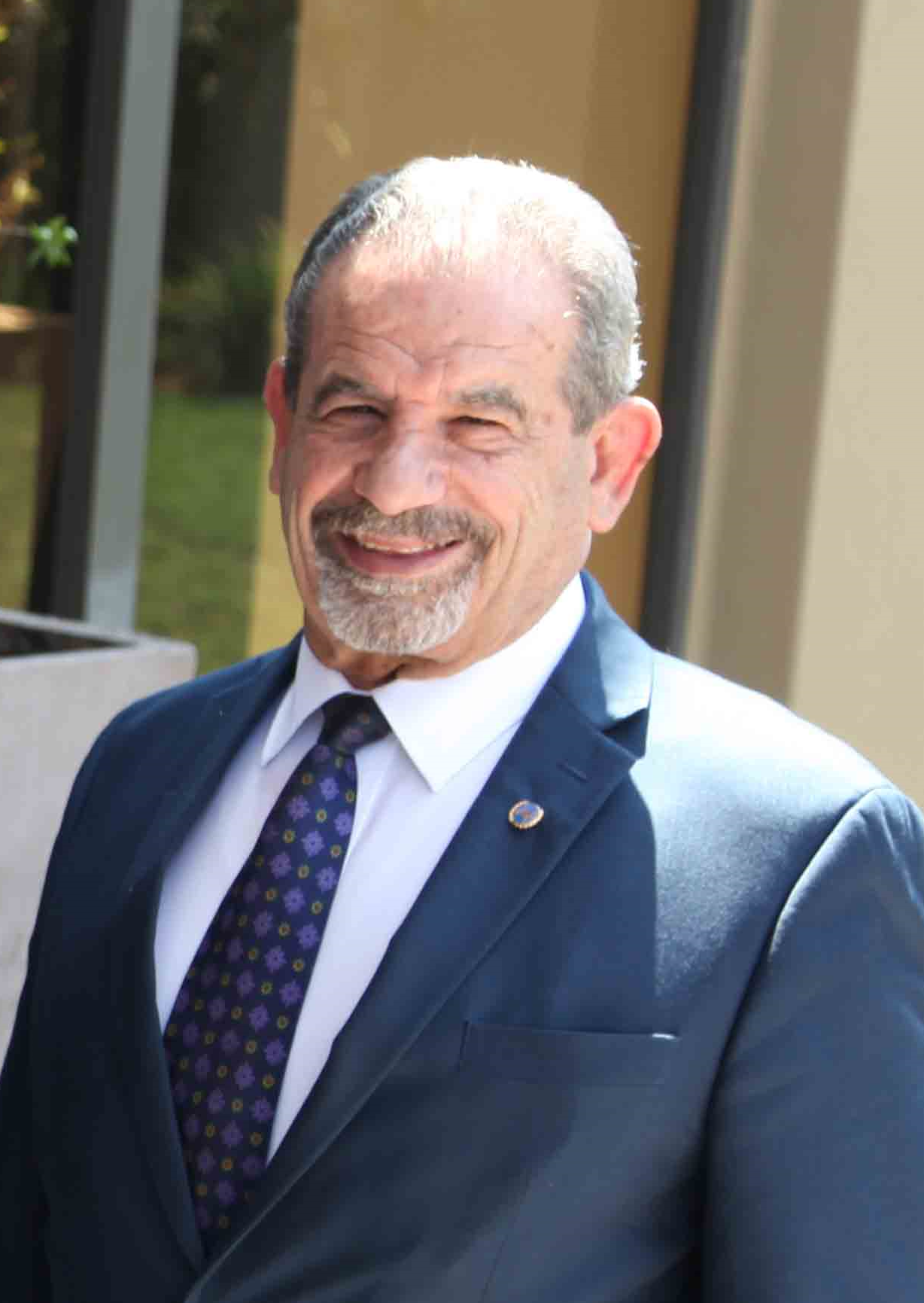 The Principality Monte de Agrella stands ready to take up its responsibilities as a member of the international community. Through formal channels and normalized relationships as set forth by international convention, we seek productive and mutually beneficial discourse and interaction with our neighbors and fellow nations of the world.
Instagram Twitter Link 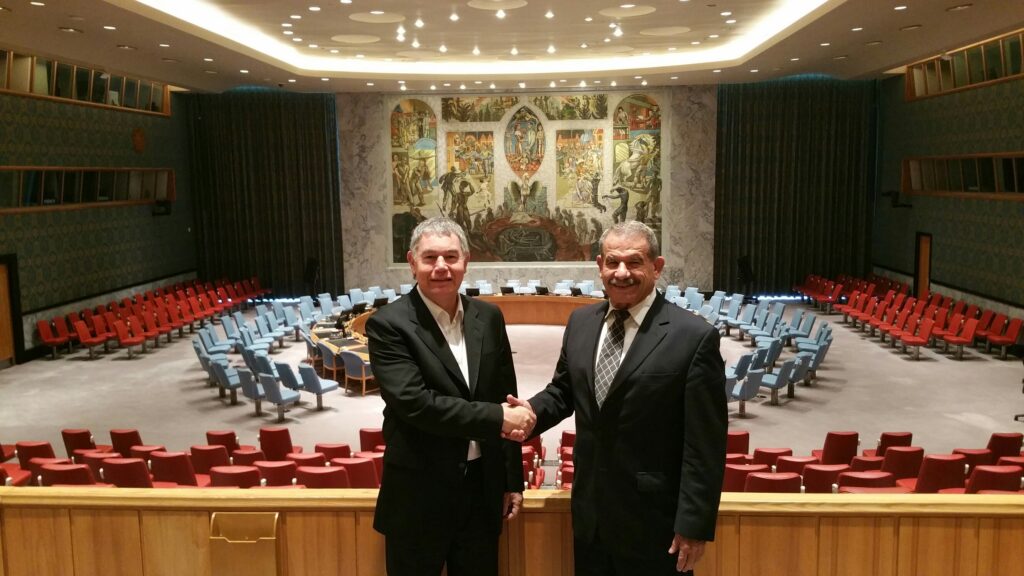 A Message from our Ministry of Foreign Affairs and International Relations: Exterior

As one of the most important executive Ministries in The Sovereign Prince’s Crown Council Cabinet and Government is the Ministry of Foreign Affairs and International Relations: Exterior. The Ministry, continuously in perpetuity, central and fundamental at its core, is charged and responsible to formulate, draft, implement, and present the Sovereign Prince’s foreign policy objectives and legal regulation, a role that implements and promotes economic, cultural, and scientific relations with other countries for and on behalf of Monte de Agrella. The ‘Ministry’ representing the Sovereign Prince and State, vis-a-vis foreign governments and international organizations advocates and explains its position and problems, endeavours to promote its social, political, economic, cultural, humanitarian, and scientific relations, and fosters international cooperation with all countries.

Our Ministry operates by way of and through a Diplomatic-Consular network of offices throughout the world, Embassies, Special Envoys, Ambassadors – Permanent Missions, Special Diplomatic Delegations, Cultural Institutes, and Specialized Organizations.The Ministry, specifically and singularly (and collectively supported by the Secretary of State and other Ministries) leads The Sovereign Prince’s foreign policy objectives and International Diplomatic Relations with all Sovereign and Independent United Nations Member State Countries, their representative Heads of State, State Secretaries, Ministers of Foreign Affairs, their Special Envoys and United Nations Ambassadors: Permanent Missions.

The ‘Ministry’ encourages and promotes relations with, and safeguards the rights of, Monte de Agrella citizens abroad. In this regard, the Ministry has officially appointed a number of Representatives that are strategically internationally placed, whose portfolio duties/legations range in varying capacities across the full spectrum of accountable duties and responsibilities, principally in assisting our citizens who currently live abroad, and to adequately and effectively represent our Principality and State in all fields of sovereign and proprietary interests, its ‘socio-political-economic-cultural-humanitarian and scientific missions’ and diplomatic relations comprehensively presenting and promoting, our People, our Principality and our Prosperity.

With Reciprocity, the Principality and State extends this same overarching courtesy to these foreign governments, and all their citizens alike.

The Principality has multiple Diplomatic, Socio-Economic, Cultural and Scientific, Travel, Commerce, Industry & Trade, and International Relations in Development currently with as many as +129 United Nations Member Sovereign States: several of which have as of 11 November 2014 officially recognized Principality Monte de Agrella as a Sovereign and Independent State. 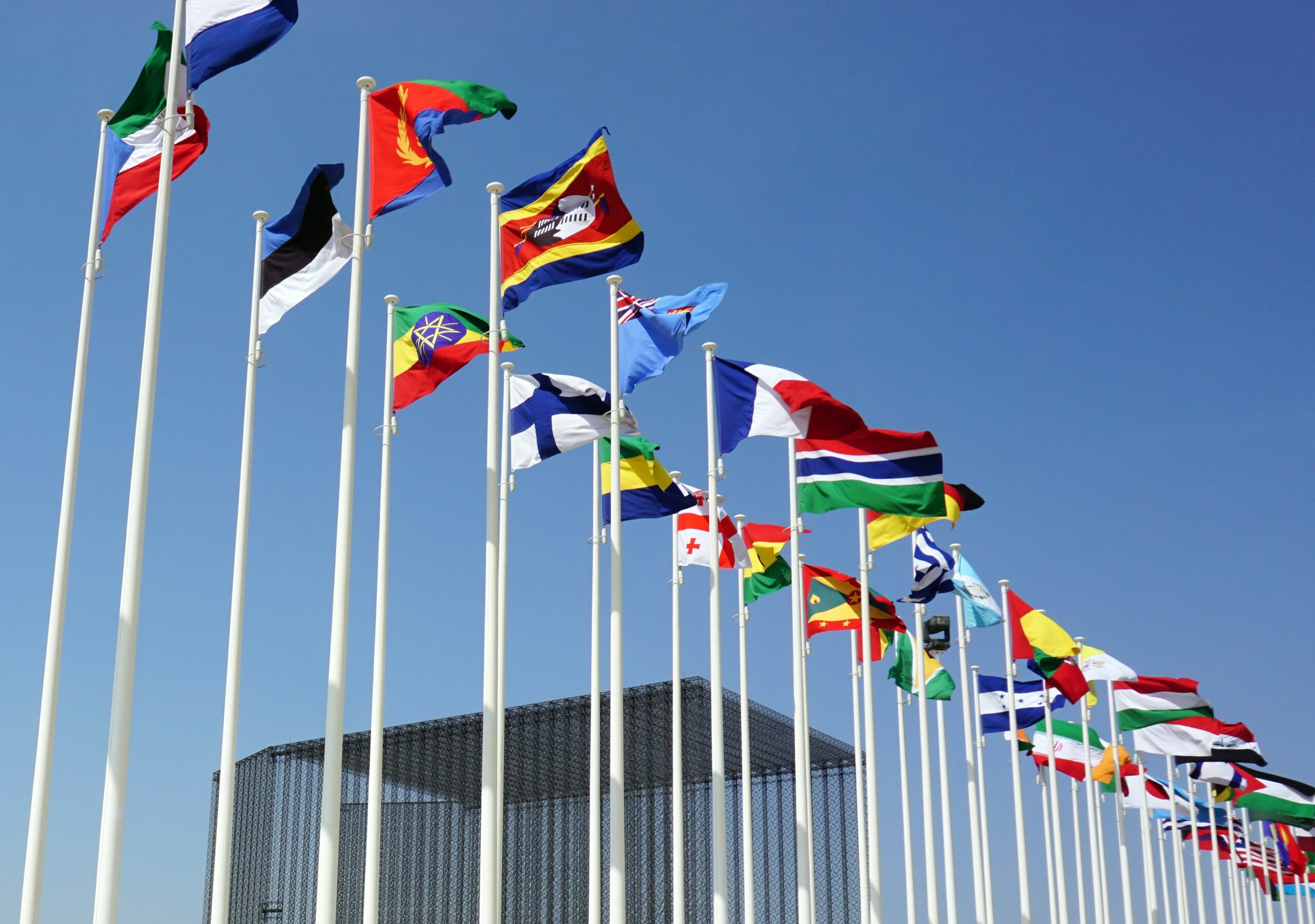 Hover Over your Ministry portal to read more

The Ministry of Foreign Affairs and International Cooperation/Relations: Exterior is fully supported in executing its foreign policies objectives by way of and with the full collective cooperation of the Secretary of State and Ministries shown below. 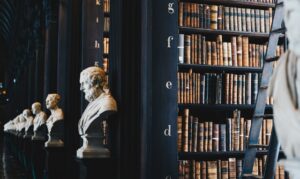 The Secretary of State serves as the Reigning Monarch’s Principal Chief Foreign Affairs Adviser. The Secretary carries out the Monarch’s administrative and foreign policies – executive duties, activities and responsibilities include advising on the appointment, acceptance or recall of diplomatic representatives, domestic and foreign, overseeing treaties and agreements, ensuring protection of citizens, their property, and interests in foreign

countries, immigration laws, supervising political, economic, social, cultural, and humanitarian conditions, good conduct, economic intercourse in foreign countries…Domestically, the custody of the Great Seal of Monte de Agrella, the preparation of certain Head of State/Monarch’s proclamations, the publication of treaties and international acts as well as the official record of the foreign relations of Monte de Agrella, and the custody of certain original treaties and international agreements. 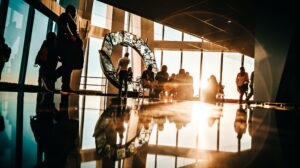 Is a Government Ministry Department that is responsible for internal affairs, such as public security, civil registration and identification, emergency management, supervision of regional and local national government,

conduct of elections, public administration, and immigration (including passport issuance) matters. The head of such a department is often called an interior minister, a minister of internal affairs or a minister of home affairs. 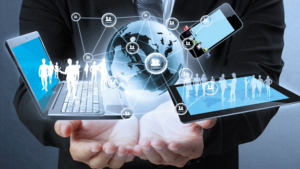 The Ministry of Information, Technology, Media, and Communication is one of the most important Princely Government’s executive Ministries which primarily connects our people to community, government, and opportunity, enabling trustworthy and reliable infrastructure and technology – we are currently

supporting our people with a number of national agencies to provide Cyber Security, Data Protection, Media Development, and open and secure Communications networks. We are installing a new fully interoperable network of infrastructure linking marine fiber to satellite for faster more robust and clearer communication. We have gone digital. 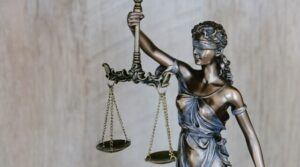 The Ministry of Justice is a major primary and principle executive ministry in the Princely Government, a department at the heart of the justice system. This Ministry works diligently to protect and advance the

all-encompassing Principles of Justice. Our vision is to deliver a world-class justice system that works for everyone in society with the support and interested participation of all related Agencies nationally and internationally. 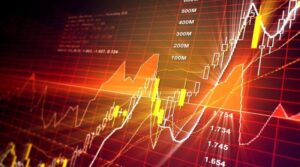 exponential and innovative e-commerce development is to be globally competitive, sustainable, commercial, provide a fair quality excellence platform for specialized trade and industry, arbitrage with the objective of contributing to global trade and build a far more efficient and competitive marketplace. 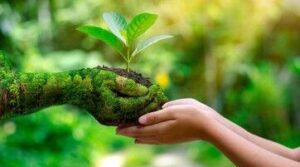 The Ministry of Peace is the executive ministry of the Princely Government, strategically tasked in extending by way of Education for Employment, Justice and Opportunity, and Science for example Clean-Blue-Green Technology, a new advanced system and methodology of sustainable stability, addressing social, cultural, political, economic, and humanitarian interests and values nationally, domestically and internationally, abroad. The new philosophy plays a major supporting role to the Country seeking to instill, stabilize and solidify Prosperity and

Peace – we encourage cooperate and coordinate these efforts with a range of domestic, foreign, and inter-governmental bodies. We seek to instill confidence in our people and work for a secure and prosperous Country with global reach and influence. We seek to protect our people, preserve our way of life, territory, values, and proprietary and other interests at home and overseas, by way of Peace accords and agreements in partnership with strategic allies, to ensure our security, support our national and international interests and safeguard our prosperity of Peace. 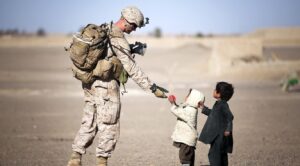 The Ministry of Defense is the executive ministry of the Princely Government, tasked in defending the Country’s National (and International) interests and values at home and abroad. It plays a major supporting role to the Country and coordinates with a range of domestic, foreign, and inter-governmental bodies. We instill confidence in our people

and work for a secure and prosperous Country with global reach and influence. We will protect our people, territory, values, and proprietary and other interests at home and overseas, through strong armed forces (Peace Force) and in partnership with strategic allies, to ensure our security, support our national and international interests and safeguard our prosperity.

Ministry of Innovation Science and Technology, Culture and Education 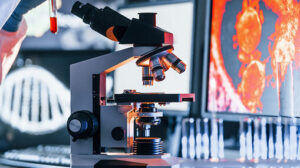 The Ministry of Innovation, Science and Technology is one of the Princely Government’s most important NExT Generation executive Ministries, which not only invests, and promotes to encourage deep scientific research into leading strategic infrastructure, but is simultaneously responsible for promoting international scientific relations that improve knowledge

research infrastructure excellence amassed by Monte de Agrella’s Institutions with other Countries in order to position and facilitate the potential for realistic application. We, Monte de Agrella, wish and intend, by way of our Overarching Scientific Initiatives, (granting, investing and amassing scientific intelligence) to empower the scientific causes we support.